It was my lovely friend’s idea and I can say that it was much more invigorating than just seeing  trees on a roadside pass. Nestled in the town of Central City lies a series of cemeteries. The most notable one in the area is called Knights of Pythias Cemetery. 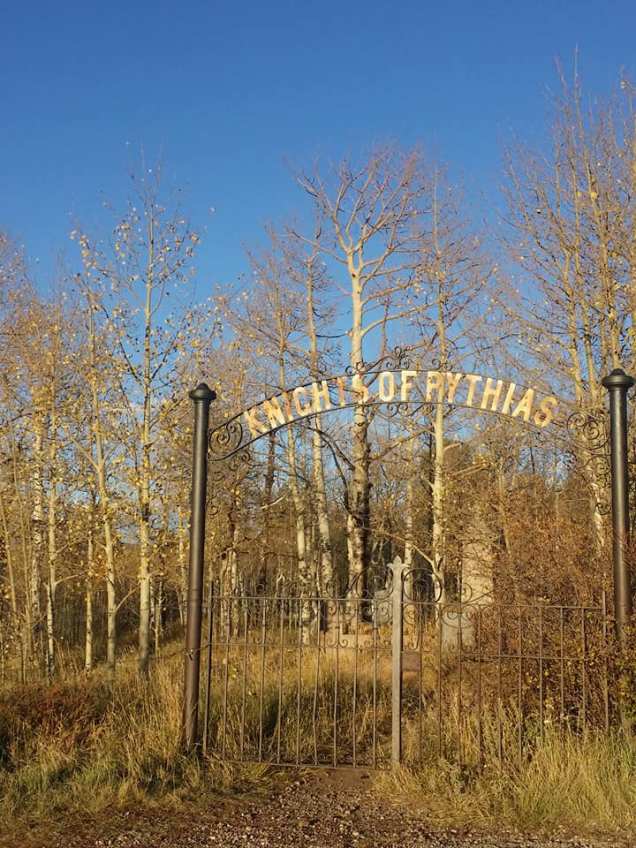 I sadly cannot find too much info on the history of this particular cemetery. It does not seem to be the only grave-site with that name in the United States. Doing a bit of research, I have found that the Knights of Pythias is a secret society that was founded in the mid to late 1800s. In order to become a member of the Knight of Pythias, you must be over the age of 18, not drink or gamble and believe in a supreme being. Interesting enough, famous figures such as Louis Armstrong and Franklin D. Roosevelt are reported as being part of this society.

As for the cemetery itself, the majority of the grave-site is filled with tombstones from some of the earliest settlers in Colorado.  You can even find graves that note the deceased had originally been born in England. 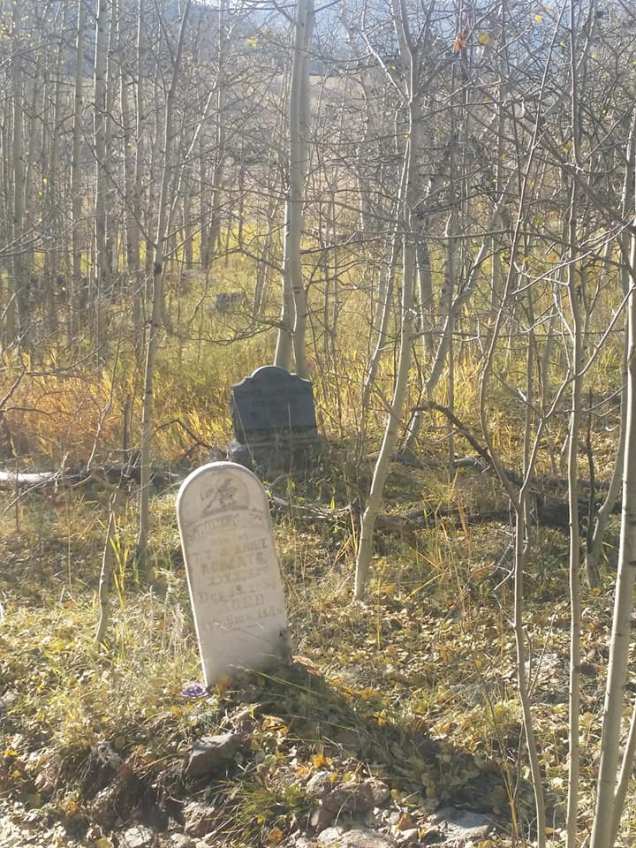 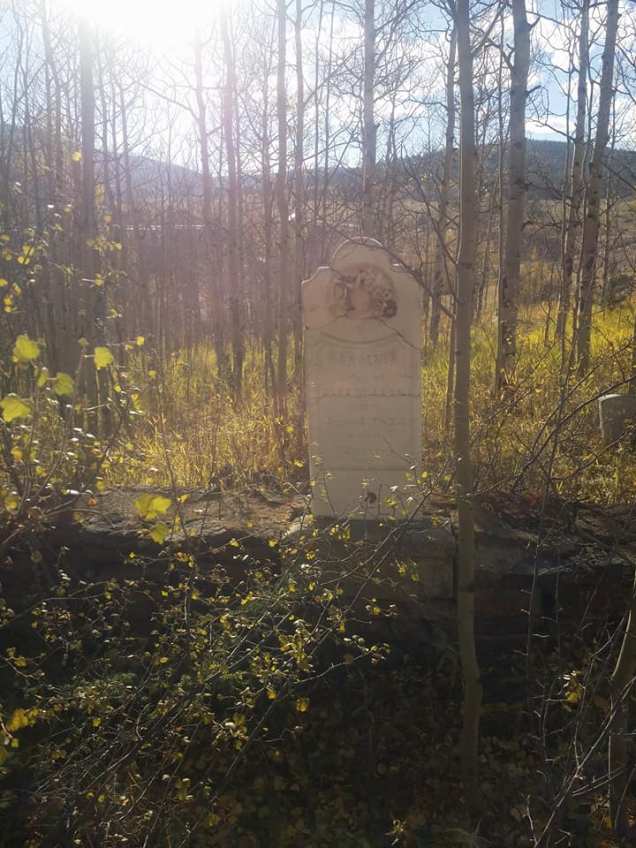 The graveyard is a marvel with certain spots being left to be completely engulfed my nature and some spots being continuously kept. I kept overlooking so many graves due to the fact their headstones had already toppled over or had become buried. Aspen trees are literally everywhere, even sprouting from the graves themselves. 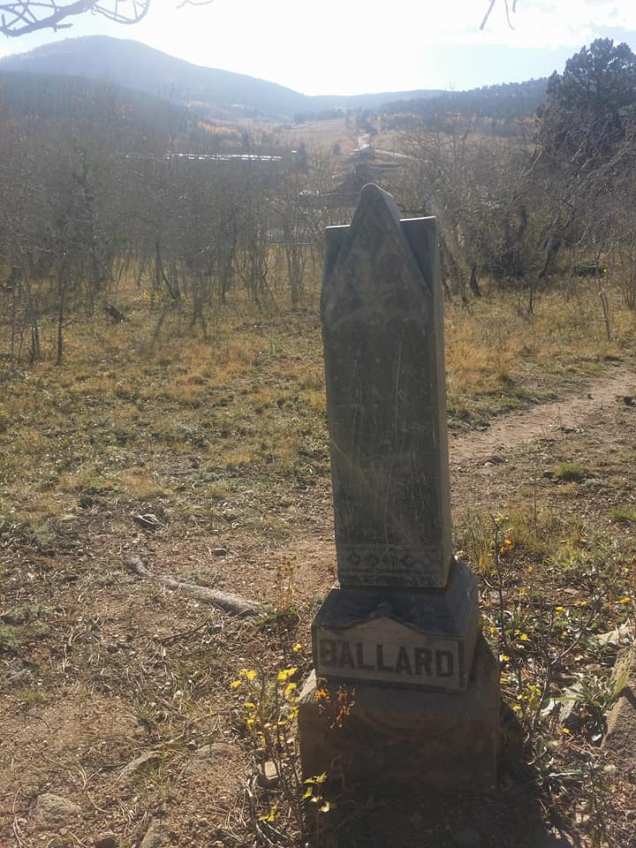 You’ll find modern graves here as well, either from prominent families in the area or from fans of the area. I found a remote site in a far corner that was adorned with balloons, gifts, beer cans, and blunts. It turns out that I visited that site on the deceased birthday and someone had recently visited to celebrate.

It seems like many have a desire to be buried at the cemetery and it’s no wonder this area full of aspen trees is a wondrous site. Despite being a resting place for the dead, this graveyard seems to be full of such vitality.  Even if you are  wandering around a graveyard; you can still feel at peace listening to the aspen leaves blowing in the wind, all while looking down at the mountain town below.

Walking around I found urns, sprinkled ashes, and other personal tokens left to honor loved ones who had passed on. One of the best things I found during my visit was a pair of two aspen trees with branches with branches that reach out just like embracing arms. I fondly called these two “The Dancing Aspens”. Below them you will find a sign that reads “Do death do us part?” 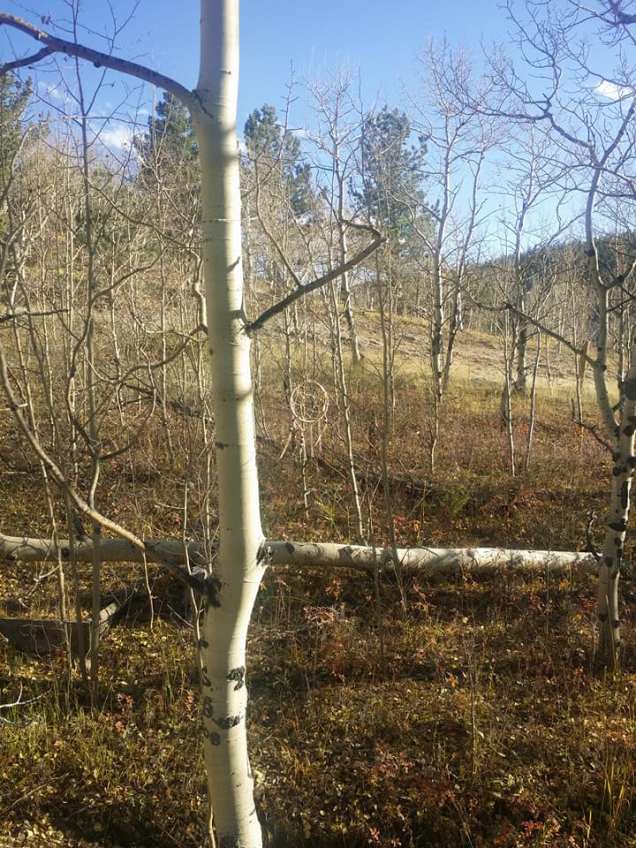 There is still so much more to the area that I did not have a chance to explore. One can spend hours in this area trying to unravel all of its hidden secrets. This is a great area to enjoy some fall foliage as well as soak up a little bit of Colorado history. The last week in September to the first week of October seems to be peak time to visit this area.